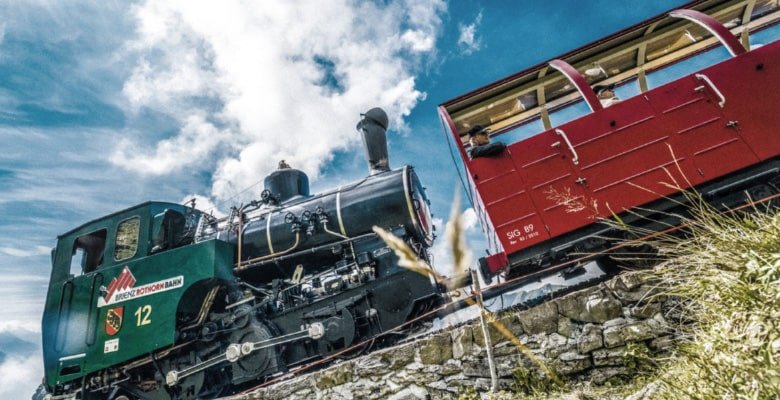 Discover "Brienzer Rothorn", it is a fantastic idea for your holidays in the canton of Bern that we advise you in Swissferien.

The Brienz Rothorn railway is a journey back in time when the world’s first tourists marvelled at Switzerland’s alpine peaks, back in the second half of the 19th century. 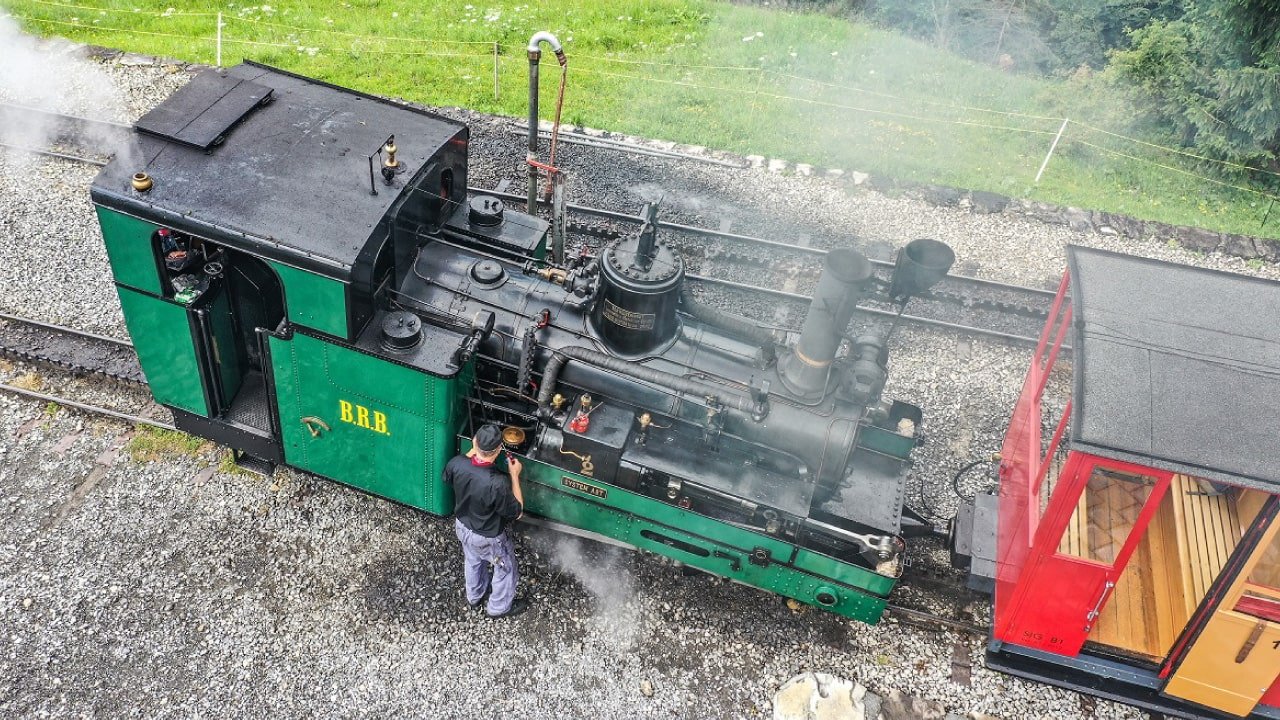 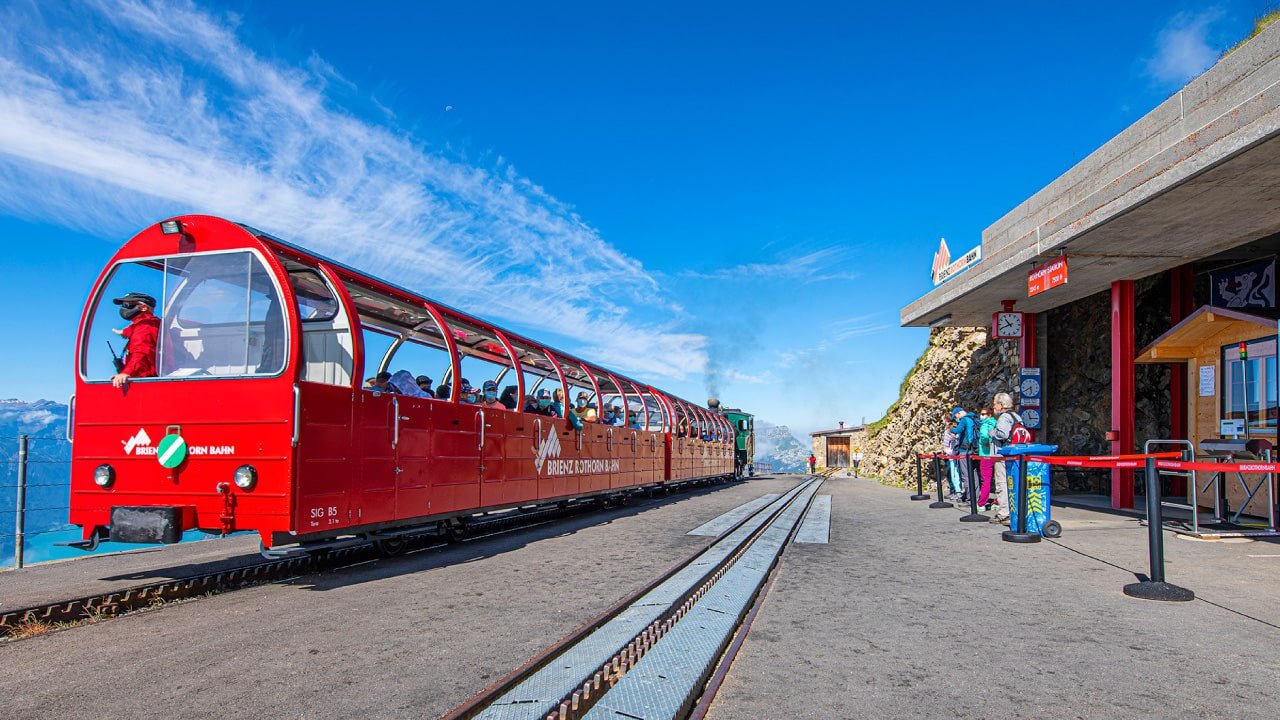 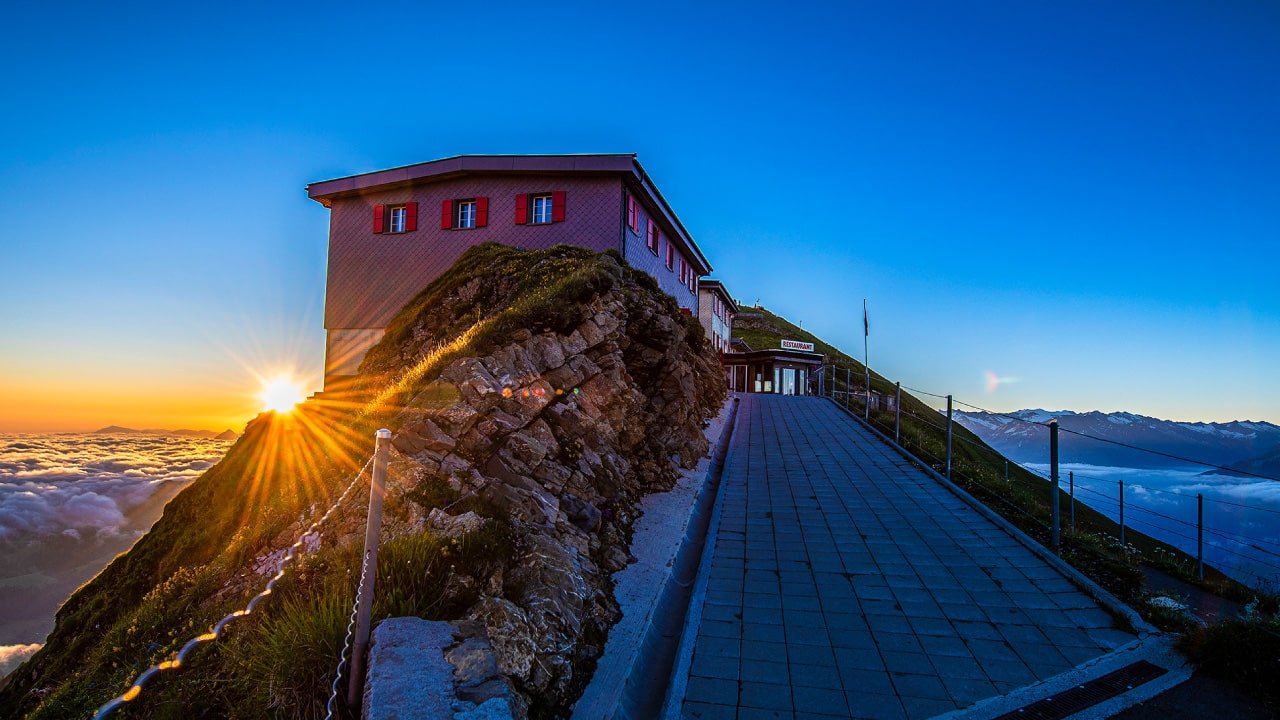 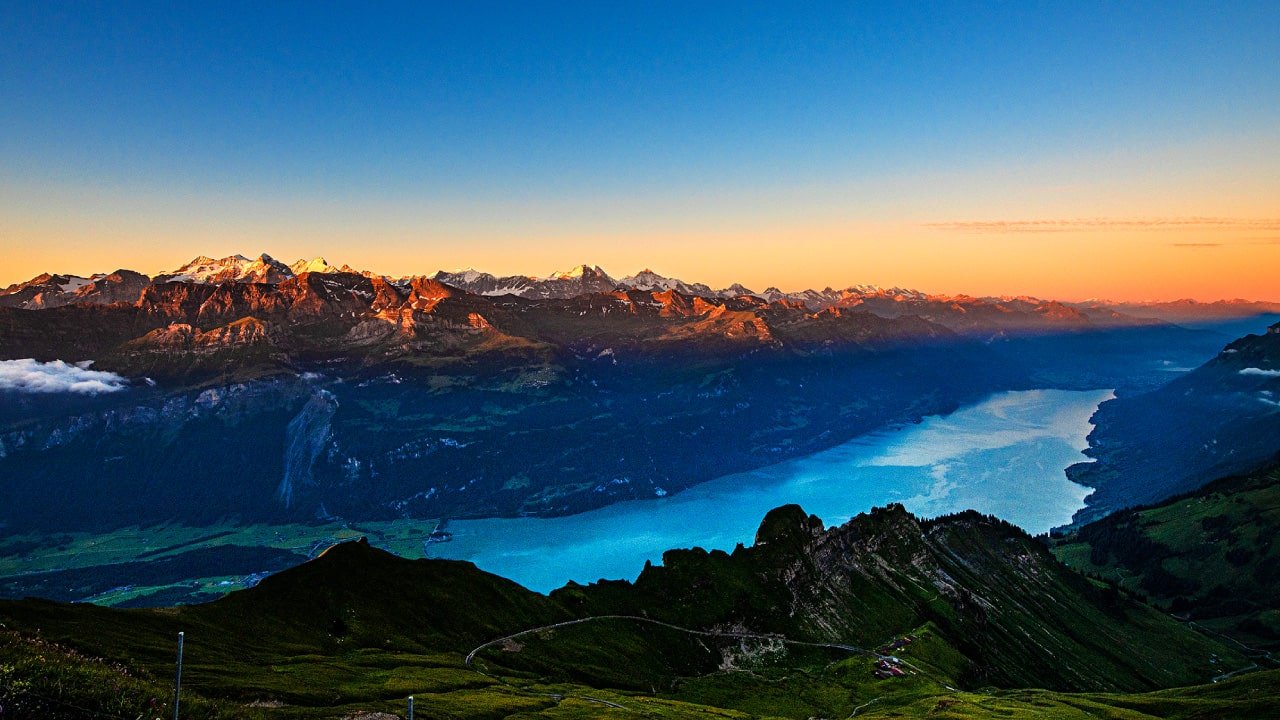 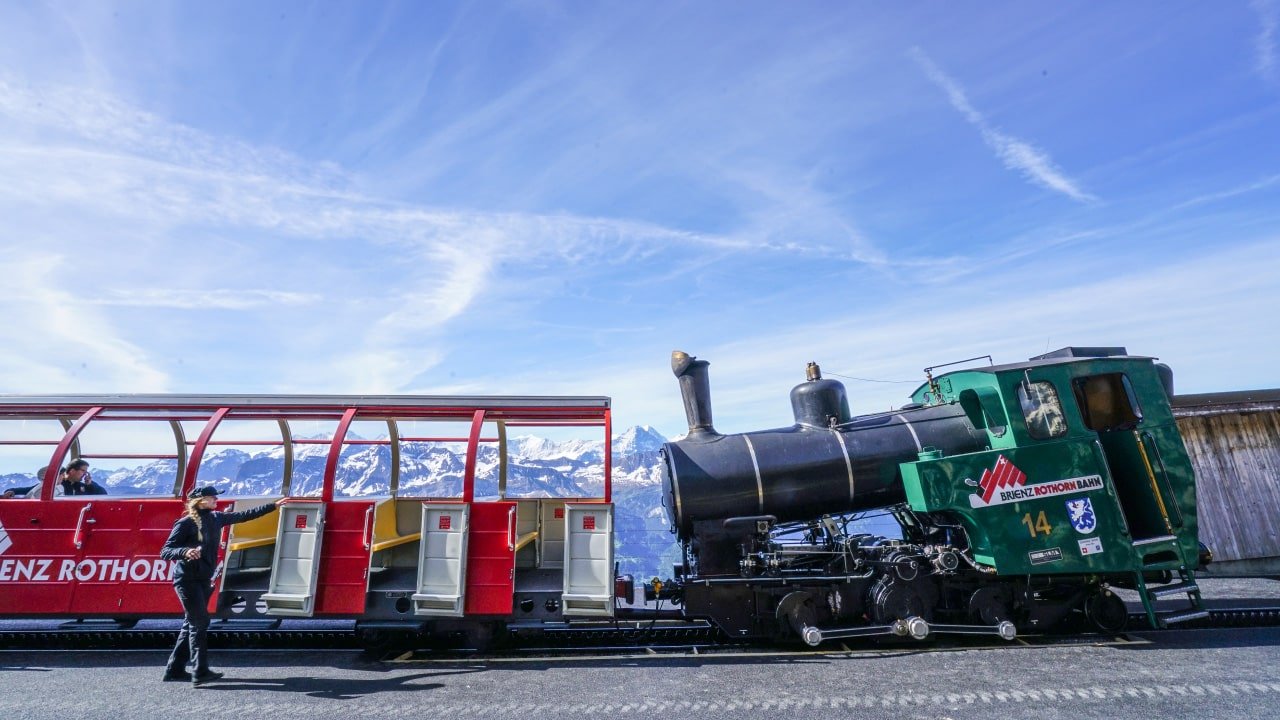 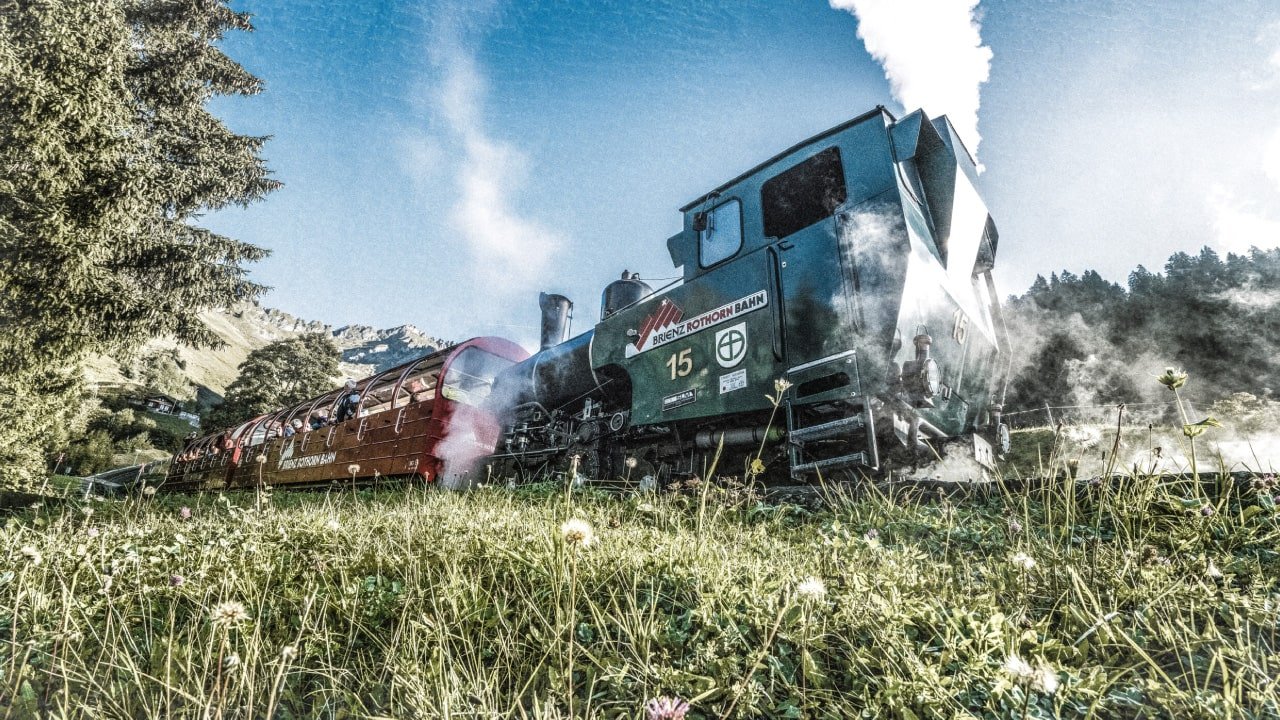 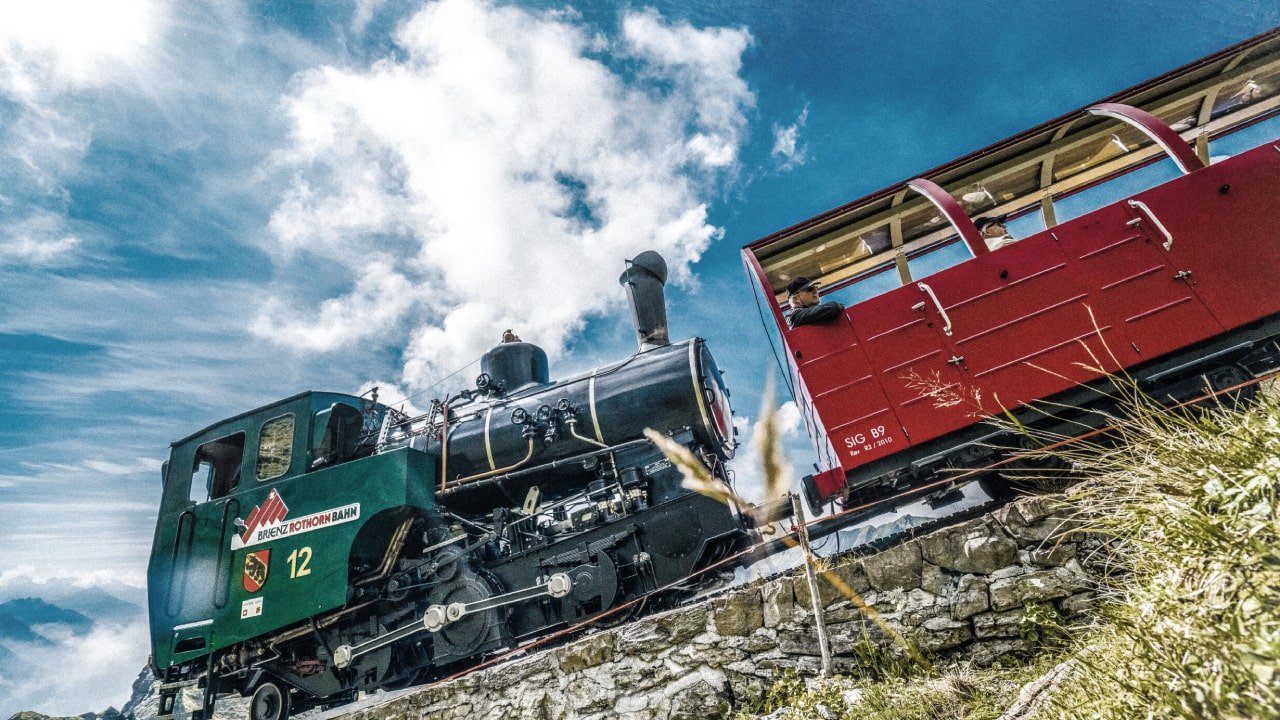 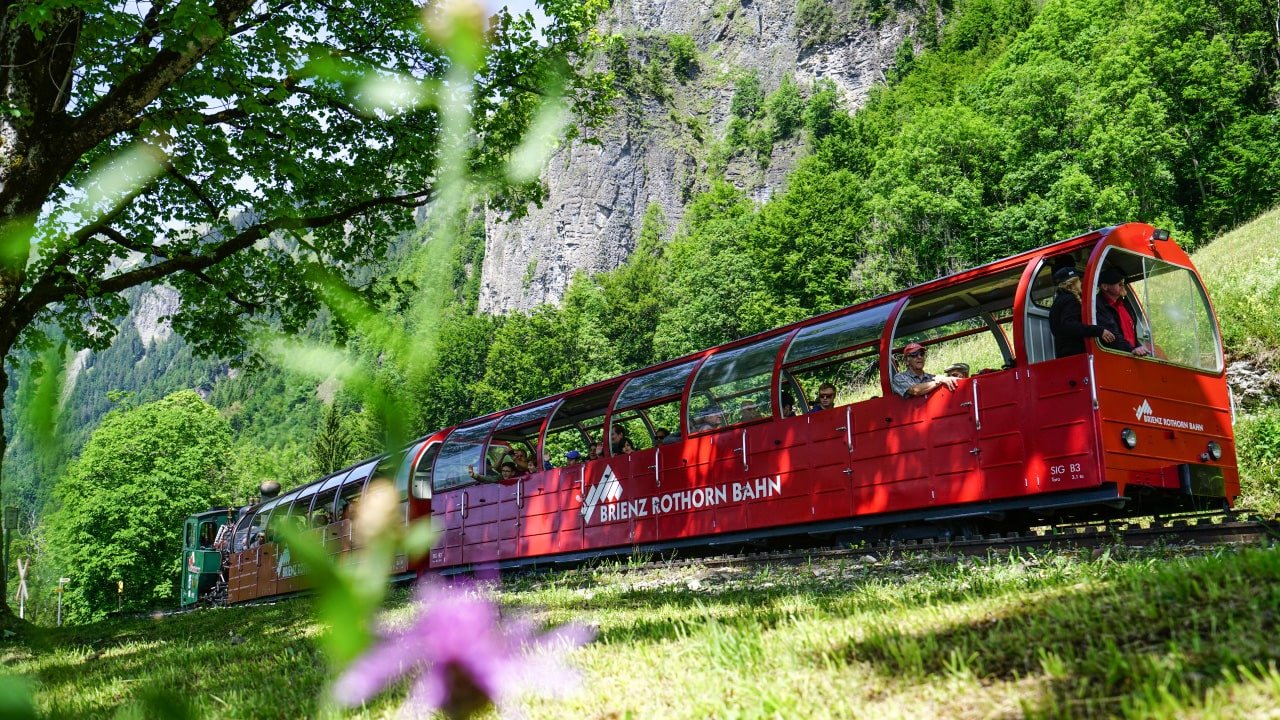 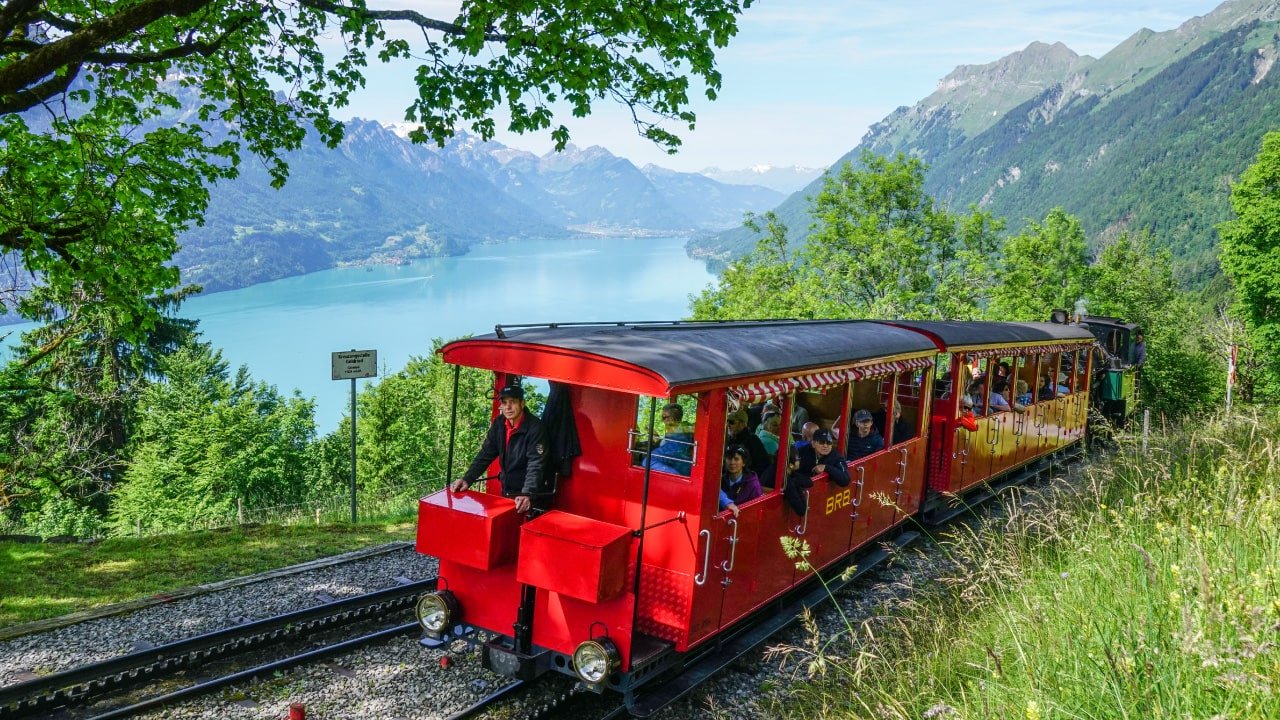 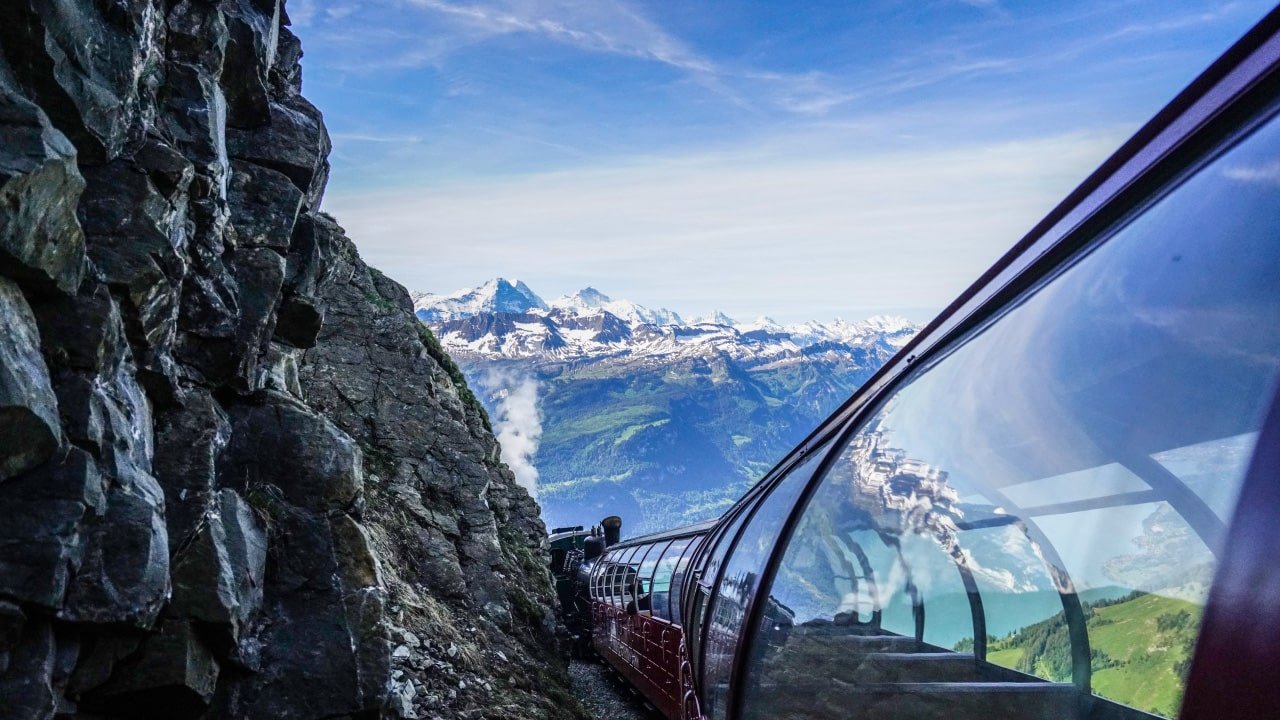 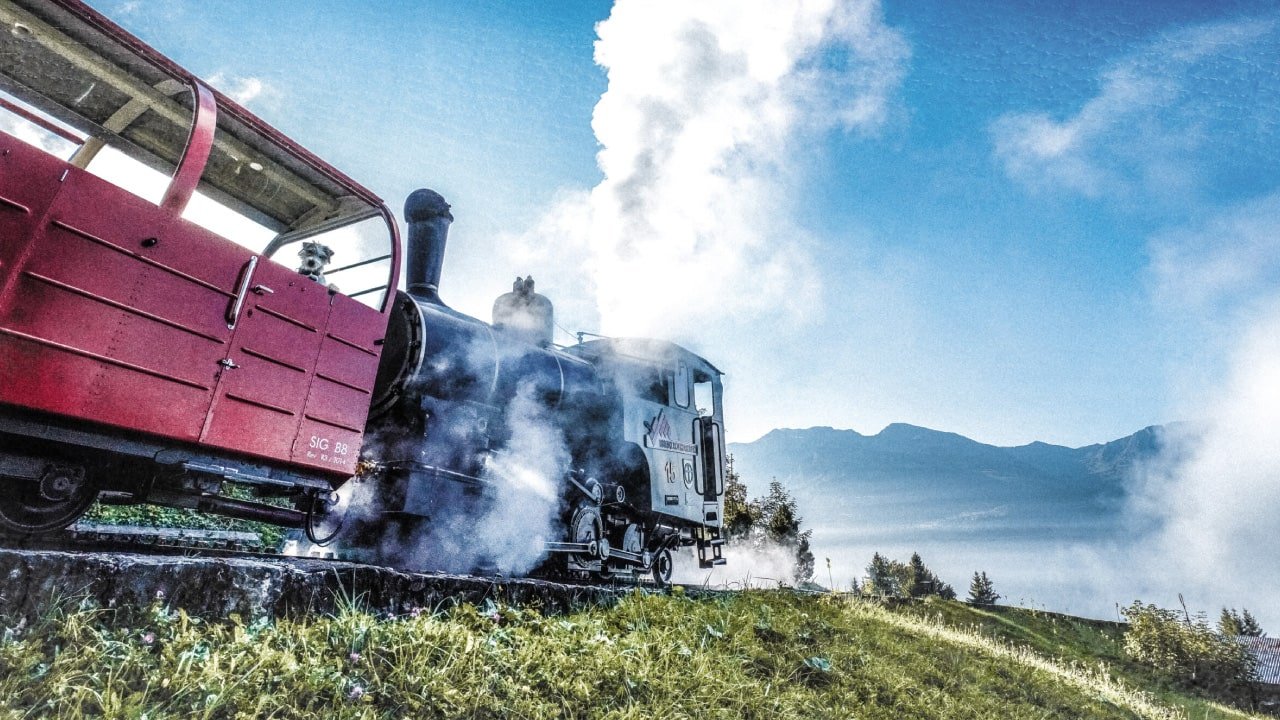 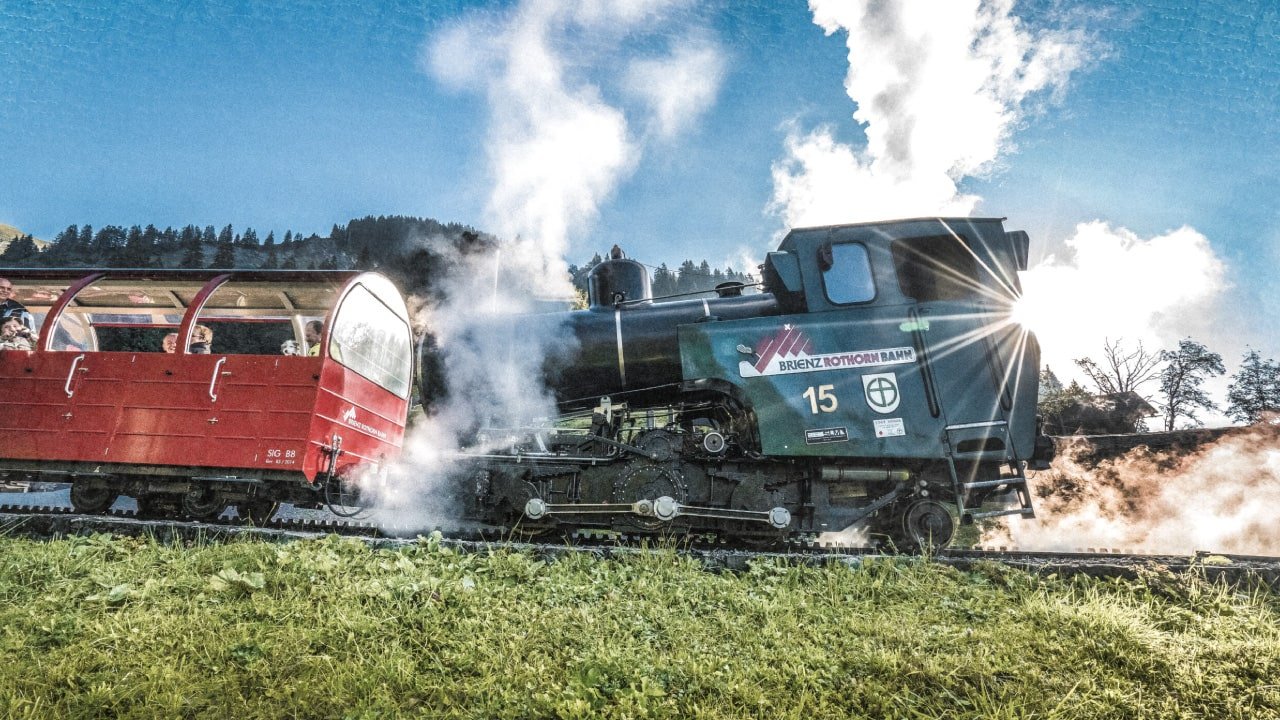 The trains that climb to the summit of the Rothorn (2,244 m) are still steam-powered and are today the highest trains of their type in the world. The journey becomes a trip back to the beginnings of the railway world.

If the means of transport and the way of getting on is authentic and exceptional, no less are the wonderful landscapes: wooden chalets, green meadows, grazing cows, streams, mountains and the incredible turquoise blue of Lake Brienz accompany us on our journey.

The origins of the Brienz Rothorn Railway

Due to its strategic position between the cantons of Bern, Lucerne and Obwalden and the magnificent alpine panorama from the summit, the Rothorn was already in the sights of many visionaries. It was one of them, the engineer A. Linder, who had the dream of building the highest railway in the world. This dream began to take shape in 1889. Three years later, the railway line was opened and more than 600 workers were employed on it.

Five locomotives remain as a legacy of that time, three of which are still in operation. Today, although there are others that climb higher, the Brienz Rothorn railway can say that its locomotives have never been electrified.

The adventure begins in Brienz (565 m), a small village that overlooks the waters of Lake Brienz. A walk along the lakeside promenade at sunset can be the continuation of your visit to the Brienz Rothorn Bahn.

The station is located on the roadside, just opposite the Brienz railway station, where you can leave your car in the car park.

A long whistle announces the start of a wonderful journey through the first oak and chestnut woods. It also crosses some of the ten tunnels along the route, some dating from the 19th century.

As the train climbs higher and higher we can see the Brienz lake. Along the way you will also see wooden cabins and chalets full of flowers and life.

From here to the upper station, green meadows dominate the landscape, with isolated farms and hikers coming down from the Rothorn to take spectacular photos of the steam train slowly ascending through a dreamlike landscape dominated by Lake Brienz.

The panoramic windows of the Brienz Rothorn Railway also allow for some very interesting photos from the train.

After an hour’s walk, the train completes the 7.6 km and 1,678 metres of gradient from Brienz and arrives at the upper station where an unforgettable alpine panorama awaits us.

What to do at the top

The top station of the train is at 2,244 m but you can continue climbing towards the summit of the Rothorn (2,350 m). To do this, you will first have to walk past the terrace of the hotel restaurant.

There you can have lunch, stay for the night to watch the sunset or simply have a drink while you contemplate the majesty of the Jungfrau massif with views of such emblematic mountains as the Jungfrau itself, the Finsteraarhorn, the Schreckhorn, the Titlis, the Niesen pyramid and the Brienz lake itself.

From here starts the Edelweissweg, a narrow path along the rocky side with constant panoramic views of the lake and the Alps.

On the way to the summit you will also pass a small terrace of another restaurant and a cable car station. This leads to Sörenberg in the canton of Lucerne.

You will reach Rothorn Gipfel (2,349m) in about 20 minutes where there is a panoramic viewpoint of the region.

The Brienz Rothorn Railway is enjoyable from the very first moment. One could almost say that the journey itself is almost more breathtaking than the actual destination in Rothorn.

If travelling on this train is an attraction in itself, the walk down that takes about two and a half is also amazing and allows you to take some pictures from another perspective.